enter the next level

ONE TEAM
TO RULE
THEM ALL

Baron Motorsport is specialized in the Ferrari brand and headquartered in Vienna - Austria. Thanks to its central location, the team can reach the most important racetracks in Europe in a very short time.

Our collaboration with the Ferrari brand has existed for over 28 years, in which we have already had a long history of success in both sprint and long-distance competitions. The most important sprint competition for the Baron Motorsport Team is the Ferrari Challenge, in which we have participated without interruption since it was founded in 1993. Our team has already won several European and World Championships and also won the Asian Ferrari Challenge in 2016. In GT Sports, Baron Motorsport has already successfully participated in the 12 Hours of Bathurst - Australia, 24 Hours of Daytona - USA & 24 Hours of Le Mans - France. Our team, led by Philipp Baron (world champion from 2008, 2010 & 2013), consists of specialized mechanics and engineers with many years of experience in professional motorsport.

Our team, led by Philipp Baron (world champion from 2008, 2010 & 2013), consists of specialized mechanics and engineers with many years of experience in professional motorsport.

The combination of technical perfection and success-oriented management creates the ideal starting position for your racing weekend! 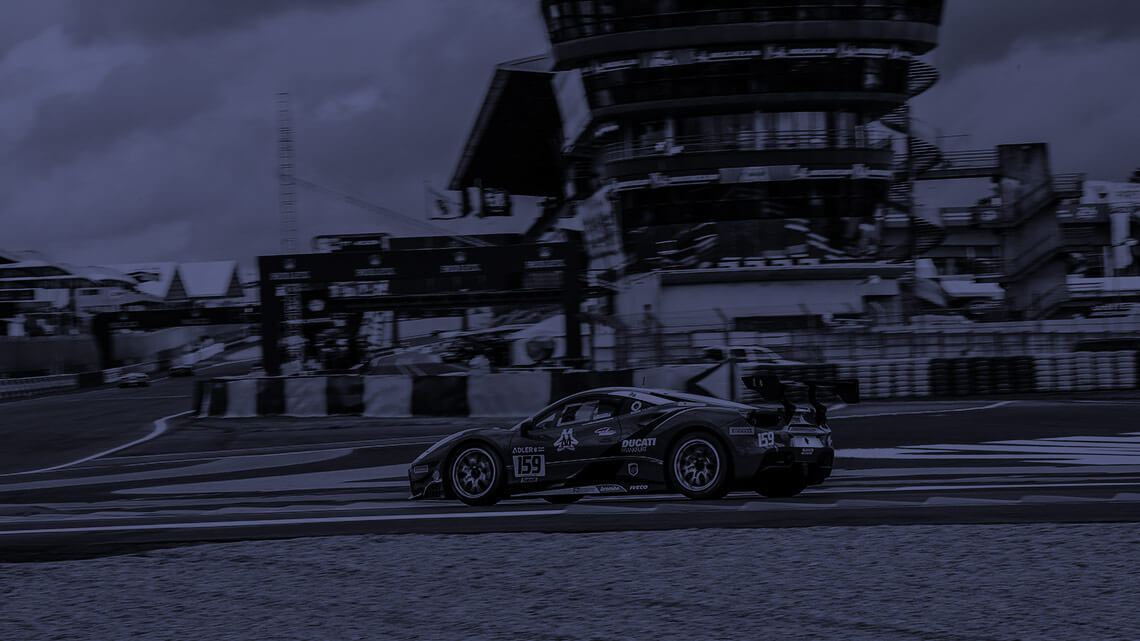 With the help of selected mechanics and engineers, a select team has been founded in recent years that stands for professionalism, quality and individual support with a focus on the essentials - striving for podium places and constant performance improvement.

But also apart from the trophy hunt, Baron Motorsport offers a 360 ° service for its customers, where each driver is looked after individually and according to his requirements. Perhaps for you the esprit and the spirit of motorsport are in the foreground and you are simply interested in the driving experience? No matter what goal you pursue - we will achieve it together!

Get a top training and learn from the world champion!

What does Baron Motorsport stand for? Clearly - for your victory and maybe even the next world champion title ... 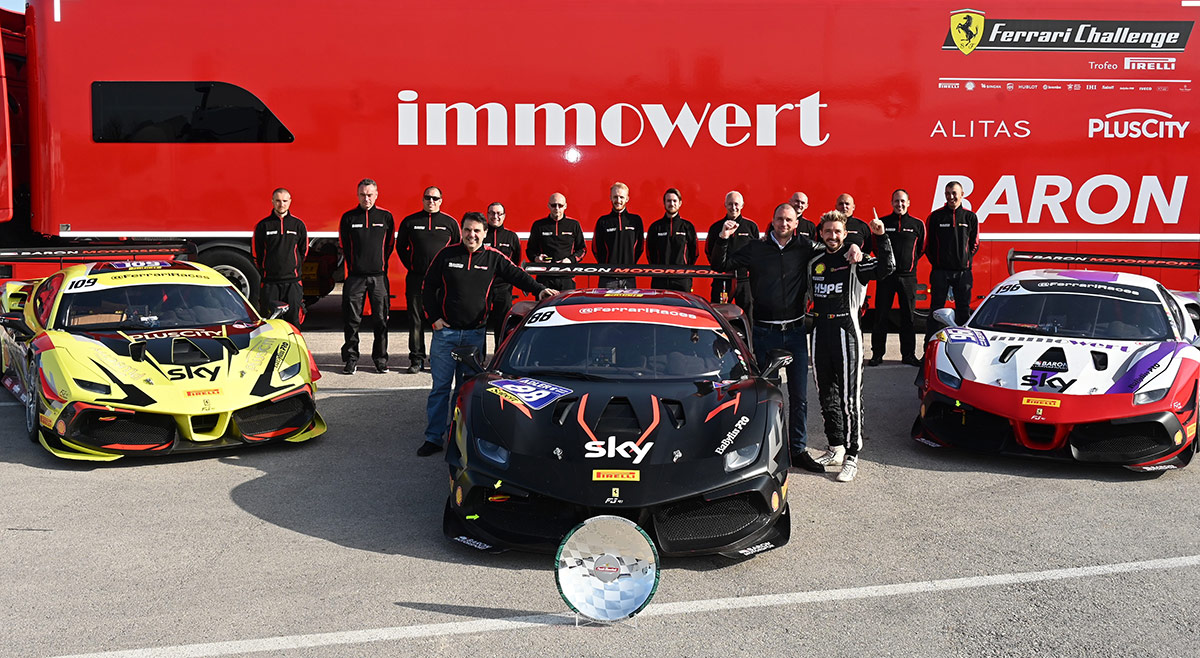 Experience racetracks like Monza, Mugello, Le Mans, Spa, Daytona and much more from the cockpit. Fight for riding on the ideal line and follow in the footsteps of your idols.

Experience racetracks like Monza, Mugello, Le Mans, Spa, Daytona and much more from the cockpit. Fight for riding on the ideal line and follow in the footsteps of your idols.

Ferrari creates with its Challenge vehicle series (which is renewed every 4 years), masterpieces of motorsport that impress with latest technical know-how and the highest level of precision in execution.

Improve your performance at free trainings, test days, drivers briefings, and get educated from our world class instructors Philipp Baron and Florian Merckx. Each racetrack is explored on foot through guided tours and analysed down to the smallest detail through telemetry during personal briefings with engineers. All this in order to bring out your best performance.

The Ferrari Race Hospitality Package also gives you access to the Ferrari Hospitality Suite - a place to relax and pamper yourself. Enjoy the sumptuous gourmet breakfast and lunch services, treat yourself to a professional relaxing massage after an intensive training session, or watch the races live with other racing drivers...

Become a member of the Ferraristi Club and take part in exclusive Ferrari events and gala dinners around the world.